Tourism in Sigiriya is one of the chief sources of income in Sigiriya, and in addition to the Rock which is the main tourist attraction, other tourist places to visit include the Sigiriya Gardens, Frescoes, the Minneriya National Park, Pidurangala Rock, the Archeological Museum, the Summit, the Lion’s Paws and the Dambulla Temple. If you’d like to travel to Sigiriya, here’s a brief travel guide for your convenience. 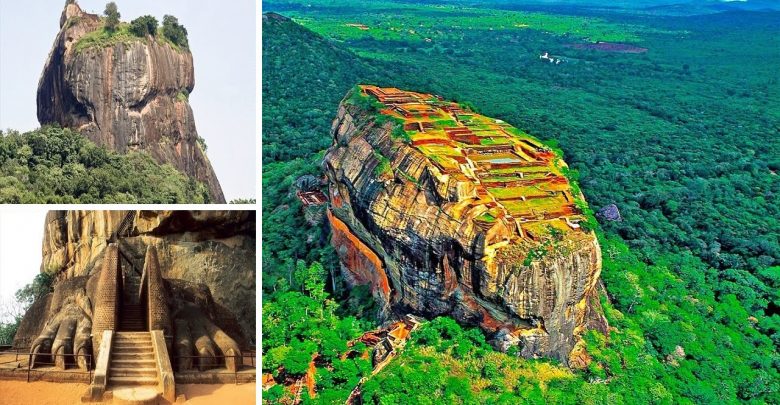 Climbing the rock is fairly expensive for foreigners and the entrance fee is $30 USD per person. This doesn’t include a guide but does include entrance to the onsite museum.

The main reason to climb Sigiriya Rock is to learn about the historical significance and see the ruins. For me personally, this wasn’t enough of a reason to climb it and I opted for a couple more “off-the-beaten-path” experiences listed below instead.

That being said, for those who are history buffs or take particular interest in archeological ruins, this is a must-do activity in Sigiriya.

Location: Only 5 minutes from Sigirya town center to the start of the trail.

Towering above the plains of Dambulla is this awe-inspiring UNESCO World Heritage site, the Dambulla Cave Temple Complex. This ancient Buddhist pilgrimage is the largest and best-preserved cave temple complex in Sri Lanka. The five major caves are dotted with 150 plus stunning Buddha statues (and a few depicting Sri Lankan kings, gods and goddesses) as well as huge cave paintings & murals making this is one of the must-visit Dambula tourist places. The intricate cave paintings, serene statues of Buddha and the sacred vibes makes these caves a beautiful spiritual sanctuary.

Timings: 7AM-7PM (ticket counter closes at 5PM)
Entry fee: LKR 1500/adult
Dress code: Shoulders and knees must be covered and hats need to be taken off.

In addition to Dambulla tourist attractions, this rock outcrop in Sigiriya which is an easy half an hour drive away, is a wonderful trip for those looking for a taste of adventure. A 30-minute hike along steep steps and boulders rewards you with sweeping views of the surrounding area and the best view of Sigiriya Lion Rock. The hike through dense forest is thrilling, and the mesmerising views at the top make it worth all the effort. You need to go through an ancient Buddhist temple before beginning the ascent. A sunrise hike is recommended for the breathtaking views and tranquil setting.

One of the most important historical places in Sri Lanka and a UNESCO World Heritage site, the Sigiriya Lion Rock is a magnificent fortress and temple complex atop a high volcanic plateau. Locally also called the eighth wonder of the world, this stunning site features high on the list of places to visit in Dambulla and Sigiriya. The main entrance is shaped like a huge stone lion, whose feet survive till date. The palace complex, which also served as a monastery for many years, is surrounded by beautiful landscaped gardens and unique water & boulder gardens. Sigiriyas western wall is adorned with beautiful frescoes.

This little known yet important pre-historic site is a worthy contender for historical places in Dambulla that you must include in your itinerary. Dating back to the Iron Age, visiting this site would give you as well as your curious school-going kids a glimpse into the life and times of people inhabiting Sri Lanka eons ago. The well-maintained site in a picturesque setting also has a small museum with the findings from burial grounds (clay pots, urns, copper & gold jewellery, gemstones) have been displayed. This ancient burial site belongs to the megalithic prehistoric and proto-historic period of Sri Lanka.

If you are the type of person who likes to delve in the history of a place then Sigiriya Museum is meant for you. The museum is located at the base of the Rock Fortress and was constructed in 2009. It boasts of its collection of artifacts that can be dated back to the prehistoric period. Funding by the Japanese International Cooperation Agency helped in establishing the Sigiriya Museum. A trip to this museum in Sigiriya Matale will enhance your knowledge about the Kingdom of Sigiriya. It consists of more than five galleries that include photographs, videos, and models that depict the site’s history. Make your trip worthwhile by including Sigiriya Museum as it is one of the top places to visit in Sigiriya Matale. 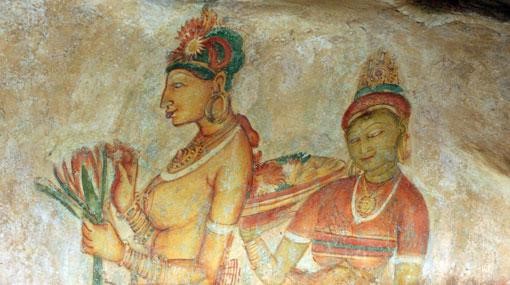 Midway to the Sigiriya Rock is an open spiral flight of stairs th... 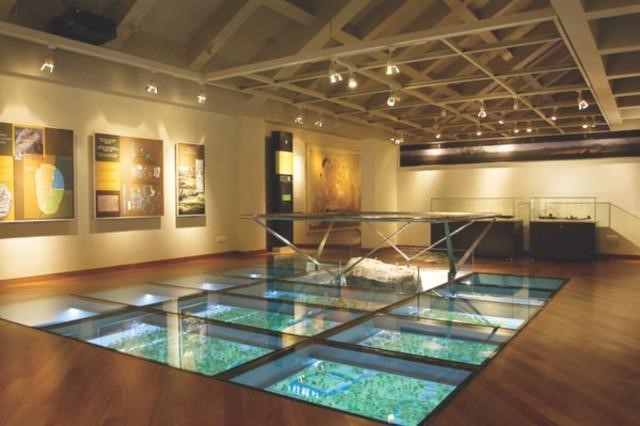 Located 200 m from its main entrance the Archeological Museum at ... 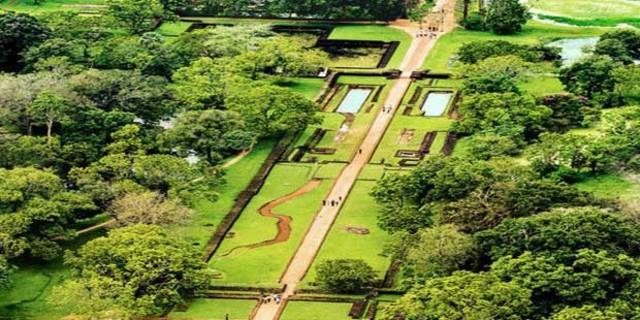 At the base of Sigiriya Rock lies a gorgeous landscape called the... 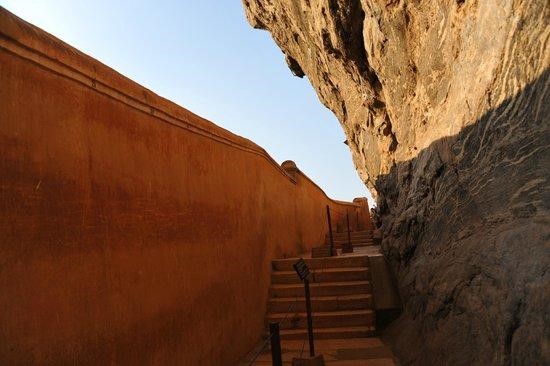 Past the murals of Sigiriya, the trails stick to the steep side o...

Midway to the Sigiriya Rock is an open spiral flight of stairs th...

Located 200 m from its main entrance the Archeological Museum at ...

At the base of Sigiriya Rock lies a gorgeous landscape called the...

Past the murals of Sigiriya, the trails stick to the steep side o...

It is located in the Matale district in the centre near the town called Dambulla. According to history, this site was chosen by the king Kasyapa to serve as his new capital. There is a huge gateway shaped like a lion and the place derives its name from this gateway. This place served as a Buddhist monastery until the 14th century.

The fortress complex, constructed in the 5th century, includes attractions such as the royal gardens, one of the oldest landscaped gardens in the world, and the Mirror Wall, which is adorned with ancient graffiti. The highlight of the fortress is the colourful frescoes painted on the western face of the rock; it is believed that there were initially 500 such frescoes, but merely around 22 of them remain today. The gigantic Lion’s Paws greet visitors before the summit. At the peak are the ruins of the royal palace of King Kashyapa I, and 360-degree panoramas of the surrounding landscape. Sigiriya Museum at the foot of the rock has a plethora of artefacts related to Sigiriya on display for visitors seeking information regarding the site’s history.

Another interesting archaeological site located nearby is Pidurangala, which houses the remains of a cave temple complex. Hiking to the summit of Pidurangala Rock offers stunning views of the Sigiriya Rock.

Popular Nearby Places Around Sigiriya Tourism