Archaeological Museum
The Archaeological Museum Anuradhapura holds tremendous historical significance owing to the range of ancient artifacts, intricate carvings, and age-old domestic items extracted after excavations in Anuradhapura and other parts of Sri Lanka it has on display. Established in 1947, this museum is one of the best places to visit in Anuradhapura for history geeks and those who love the culture and heritage of Sri Lanka. Some of the items on display here are as old as the pre-Christian era when Sri Lanka was home to the Sinhalese civilization. Other items to see here are Buddha statues, inscriptions, paintings, drawings, coins, and Lankan antiques.

Wilpattu National Park is the largest park, located in the Northwest coast of Sri Lanka. What makes this park unique is the existence of “Willus” – natural lakes that have different degrees of salinity. The Park was closed for 15 years, so that the wildlife had space and time to recover to its former abundance, and was reopened in 2003. Now that it has been opened again, make sure that you explore it as it is one of the best places to visit in Anuradhapura.

One of the best places to visit in Anuradhapura, Sri Lanka, the old village of Thanthirimale or the Tantirimale is sought after by the tourists, especially Buddhists who are seeking to explore the ancient Buddhist temples.

Its location near the rocks makes this place sought after amongst the tourists. Besides the old village, Thanthirimale Stupa and Sri Maha Bodhi plant to Bo Tree et al are great places for exploration as a tourist and a devoted Buddhist. So, how about trying one of the most unique places to visit in Anuradhapura.

Nature lovers and especially those willing to spend some time in the parks in the company of lovely animals can’t miss Tissa Wewa near Kataragama in Sri Lanka. Located near Anuradhapura, this popular artificial lake is worth visiting. The reservoir is a great spot to come close to nature. Built in the 3rd century by Devanampiya Tissa, the primary aim of Tissa Wewa was to ease the supply of water in the nearby region. Current Tissa Wewa embankment boasts of 3.2-kilometer length and 7.6-meter height. The royal gardens in Tissa get water supplied from this reservoir itself. Visitors witness the presence of several rare birds at this place while they spend time here. 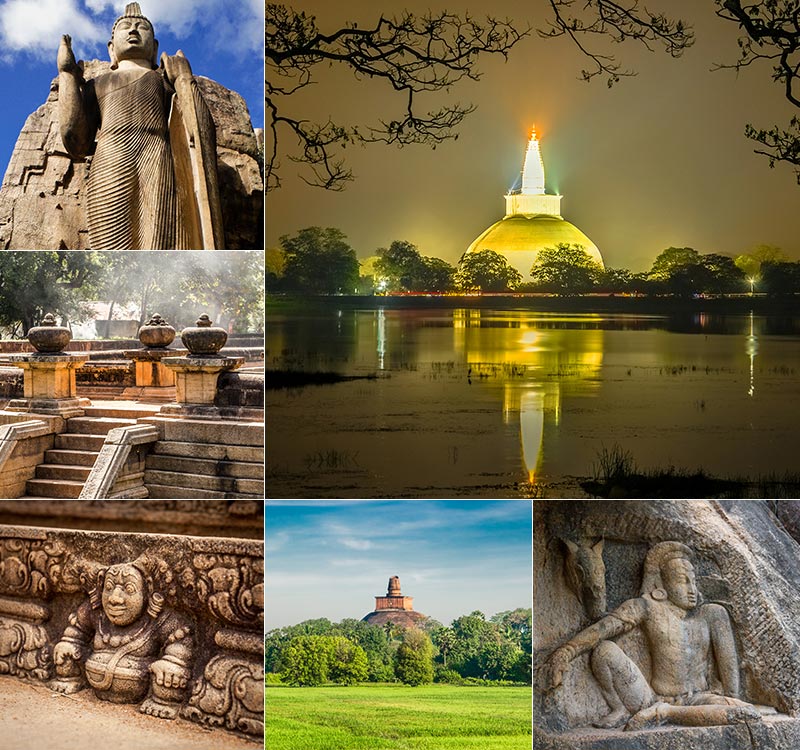 A must-see tourist attraction, Anuradhapura is one of the most significant cities of the historic era of Sri Lanka, which has carried its legacy from the mid-5th century BC to 11th century AD. In terms of tourism in Anuradhapura, the city is renowned as a world heritage site by UNESCO, rife with restored monuments, refurbished structures, well-maintained historical sites and ruins, with ongoing excavations for archeological purposes.

This ancient city is encompassed by three artificial lakes, namely the Tissa Wewa reservoir & the Basawakkulama Wewa to the west, the Nuwara Wewa reservoir to the east and two directions of Anuradhapura defined by the River Malwatu Oya that also flows through the city. The following travel guide will tell you all you need to know when visiting Anuradhapura.

Popular Nearby Places Around Anuradhapura Tourism